This is a reduced sugar variant and it makes about 1.5kg (about 5 standard Chivers jam jars) of mincemeat. 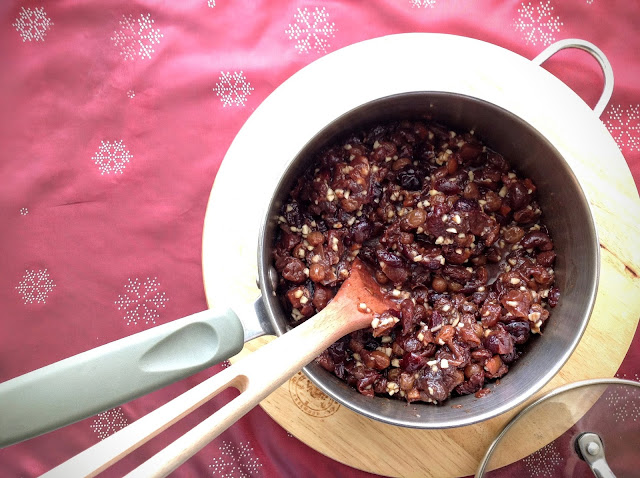 There are a lot of ingredients involved, but really I do make do with whatever I have in the kitchen (or can get hold of) as long as they make up the total weight:

The preparation is really straightforward:
Like I said, I do make do whenever necessary, so I have also used other dried fruit such as cranberry and apricot, as and when I feel like or have them at hand.

Surely, white sugar can be used, but I just prefer brown sugar 😊

If these are not served to children, we may also add about 150ml or brandy or whisky while it's still hot. This will also allow you to keep it for up to 6 months before use.