Leftovers, excessive ingredients from the last bake, etc; everyone has an abundance of those, we're no exception. I've learned to come to terms with that problem of mine and have been trying to cook or bake according to what's available in the kitchen, before doing new grocery shopping. This way I could keep wastage to a minimal as well as saving some unnecessary expenses.

As of today, I noticed that we've got some almond strips, icing sugar, glacé cherries, and some Essential Waitrose lemon juice in a bottle (we don't really consume lemons quickly enough so I won't buy fresh ones often). Not to mention that I've just got ourselves 2 boxes of Waitrose natural glacé cherries recently, for a really great promotion price (oh yes that brand is my biggest weakness, but I was thinking about Christmas preparation 😀).

I think it's high time I try baking a cherry and almond cake. 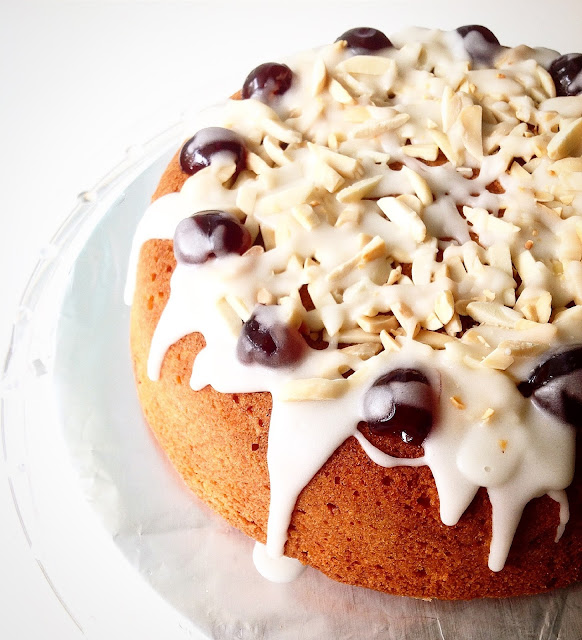 The topping:
6 Waitrose natural glacé cherries, halved (I find wholes are a little too much, and I'm cheap)
Almond strips (I've used about half of a 60g pack)
Icing sugar
Essential Waitrose lemon juice 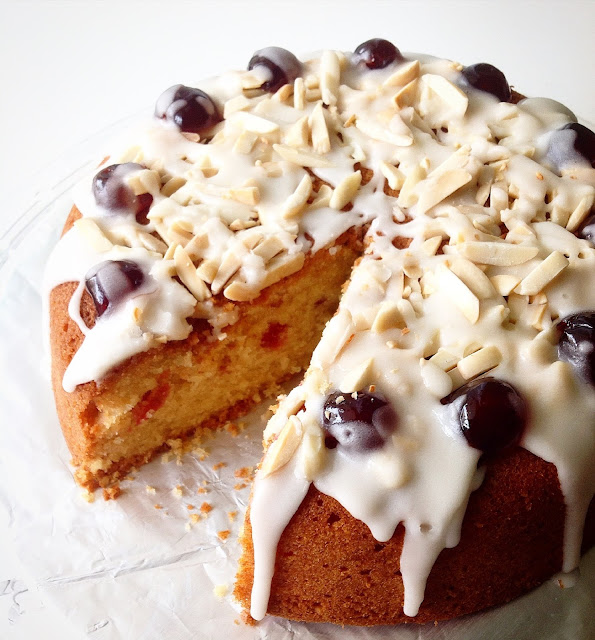 The result:
It really isn't too bad, given that it's my first attempt 😆
And I'm glad that I've reduced the sugar used in the batter, because it really is sweet enough!

Next on the agenda: 2-mile run for the next few days and give some of the cake away.