Experimenting with Upside Down Cake - This Time with Green Apples, and It's Low Sugar

After having the apple and vege salad the other day, I was planning on making some apple crumble with the remaining green apples but changed my mind and thought I'd have another food adventure today. Quite a while ago I made a pear upside down cake instead of the usual pineapple one due to having too many overripe pears lying around. Perhaps I could try it with the apples with the same recipe, but only this time I've reduced the sugar further to 80g. 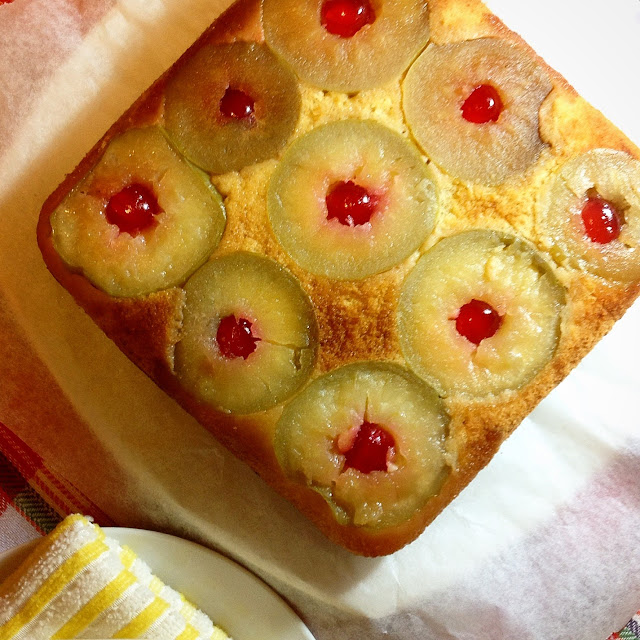 For the base -
3 green apples, cored and sliced, cooked in boiling water for about 8 minutes, drain and set aside
60g golden syrup (I'm still doing this cheat, so much easier)
5 glacé cherries, cut into halves 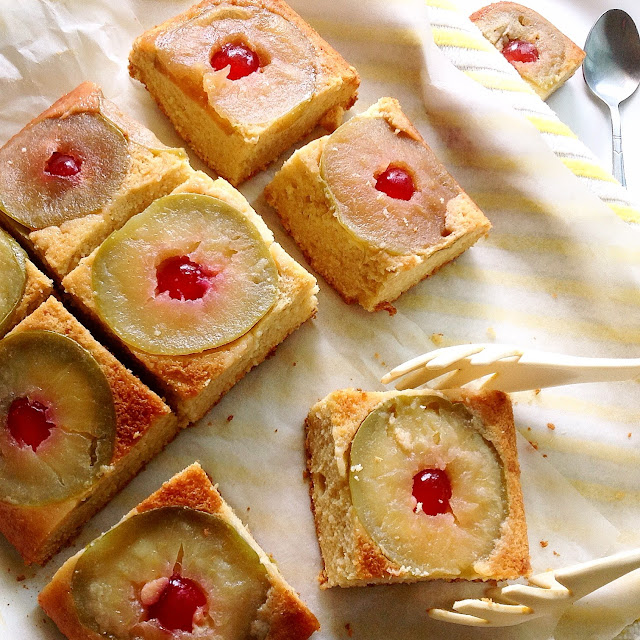 There is some leftover cooked apple slices, which I mashed into an airtight container to make apple puree for future use: to make apple sauce or spread over pork when roasting.

To my surprise, it tastes fine though the apple became a little on the soft side and quite hard to handle. If I ever want to bake this again I may try to cook the apples over shorter time, or make ahead my own apple in syrup which might help keeping the apple slices more intact. 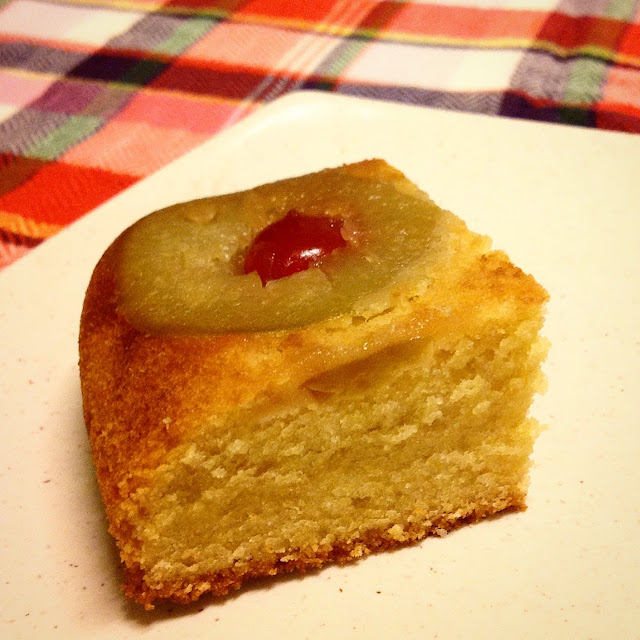