The first time we had some chicken rolls wrapped in cabbage at a family-run Japanese cafe, and thought it was one of the most interesting dishes we've ever had. Even my husband who's never been much of a fan of cabbage, liked it. The only bone I'd pick with it was that they were made a little too big, and I'm not a big fan of whole chunk of chicken breast meat although it's minced.

I did a little online digging to find out more about it and decided to have a go at making it myself, in which case I can customise the size, the ingredients and the taste. 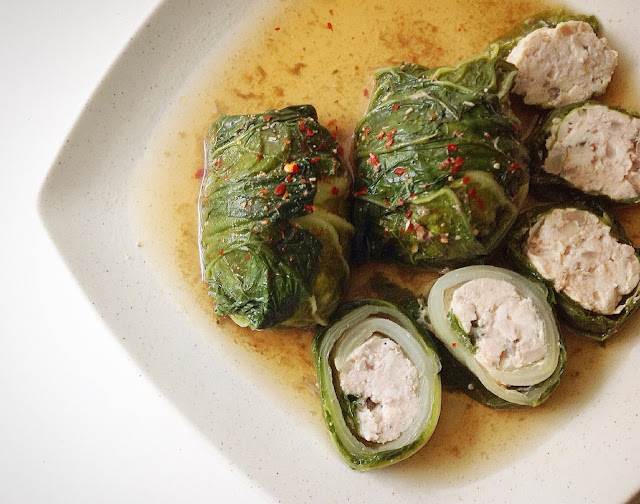 The first time round, I blanched the cabbage leaves a little too long and they lost their colour; the second round was better and this is the 3rd time I'm making it. I shall think it's a charm 😆

Obviously there's a lot of customisation, and I'm sure that each Japanese family would have their own little signature way of cooking this. 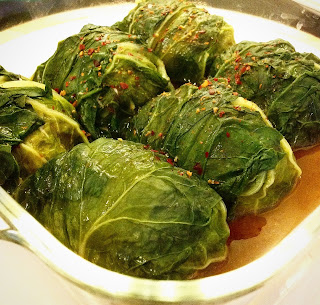 The cabbage rolls I had in the Japanese restaurant were served in chicken soup, but I've also seen some people doing my way. I'm not much of a soup person and after steaming, the meat will generate natural light gravy at the bottom anyway.

As I've mentioned before, not a fan of plain chicken breast meat so I've added in some pork to give it more texture and taste. As for the sage, it's my habit of adding some whenever I make meat balls and the likes. There is still some meat mixture left, I could probably make some meat balls and have them with noodles... 😋