Since there aren't many people in the family, we've got a good bit of leftover from the adzuki bean soup/porridge.

I scooped out most of the beans with a slotted spoon, and kept them in the freezer to make muffins with.

The remaining (still with some beans in it) came down to about a small bowl which has thickened in the fridge. I think I've had enough of adzuki bean porridge in the last week so I'm not going to just eat it again. But, waste not want not, so I have to do something about it - or with it.

So I thought I'd make some pie filling with it, which can be kept chilled or frozen for future use. 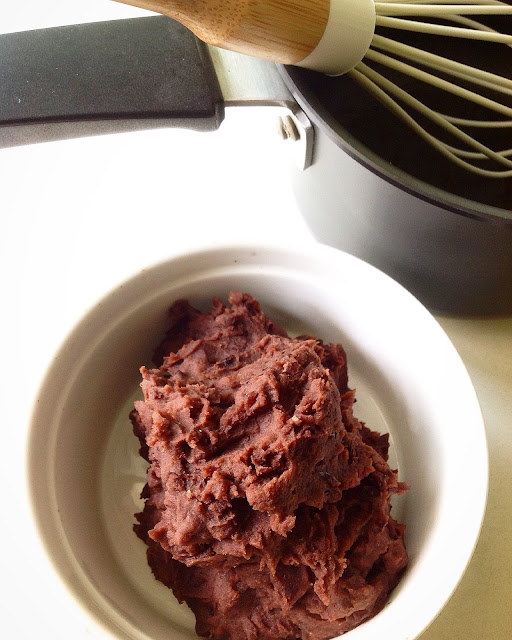 When it comes to making this bean paste filling, traditionally it would mashed to a very fine texture through grinding/blending and straining process, before reducing it to paste. I personally like a bit of a bite to it AND I'm also lazy, so I've left it quite rustic.