Feeling a little nostalgia and decided to make the Chinese sweet soup I grew up with.

This is the ultimately common, yet the most versatile and basic in adzuki bean desserts. It is the easiest to prepare, and it is also being used as a base ingredient in preparing other desserts featured here. It can be eaten hot or cold, depending on the weather. The Chinese believe that it is a natural hydrator during the winter, which gives us that rosy cheek look. The next time you buy adzuki bean and not know what to do with it, this is a good start. And in an Asian country other than Japan, it is more commonly known as Red Bean. 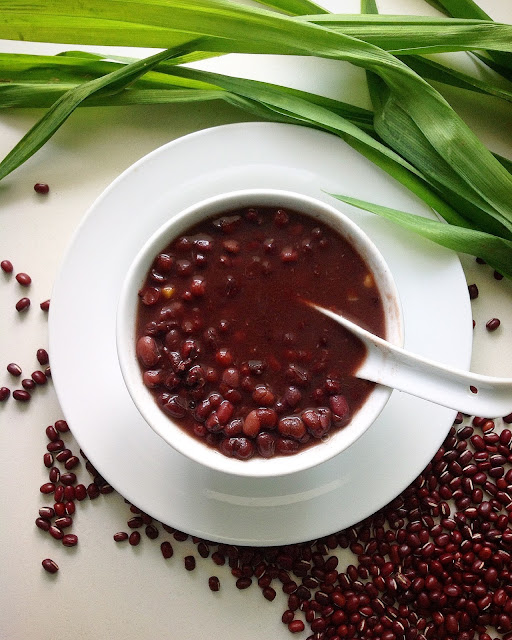 HOWEVER, I'm going to be a little cheat as I don't fancy watching it in front of a hot stove so I've opted for the rice cooker instead.

The procedures are the same as above, it's just that I don't have to worry about it spilling over (as long as I don't fill it up too full) or sticking to the bottom. I do occasionally stir it and check it every 20 minutes or so. The heat is quite consistent and I can keep adding water and cook it longer for a softer texture of the beans. 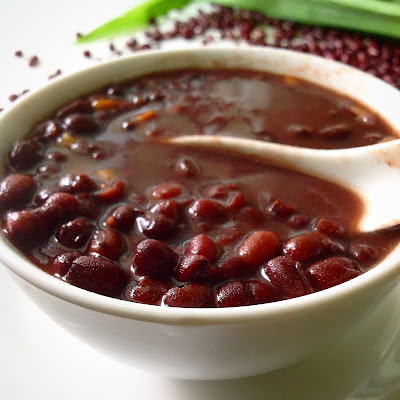 Serve hot with a little coconut milk dribbled over it if you have some. I also like having it chilled.