Old bread is never a problem in our household because almost everything gets to be consumed - provided it's not mouldy! When it's not being turned into croutons or breadcrumbs, my personal favourite is bread and butter pudding. It's tasty, doesn't cost much and it's easy to make. 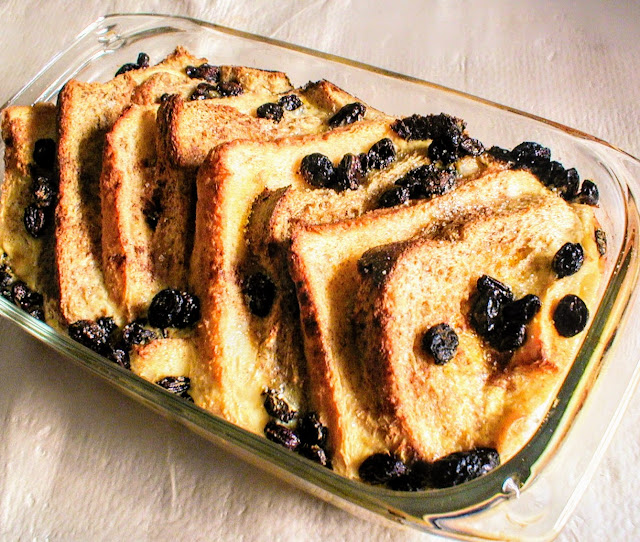 
I don't use as much sugar as most recipes suggested because the raisins will give a natural sweetness to the pudding. Depending on what I can find in the house, sometimes I may replace the raisins with sultanas and/or other dried fruit. I'd even tried adding a few slices of banana between the bread and it was surprisingly tasty too.