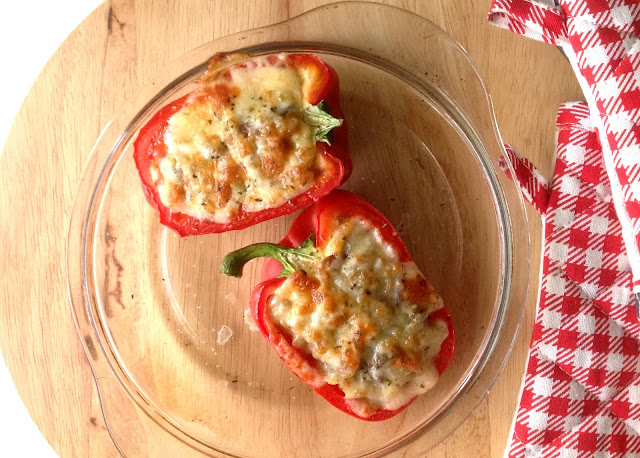 I do this when I have capsicums that are quite a few days old and are not quite so nice to be eaten raw. It's really versatile as I can have it as an appetiser or as a main meal with some nice whole grain bread. 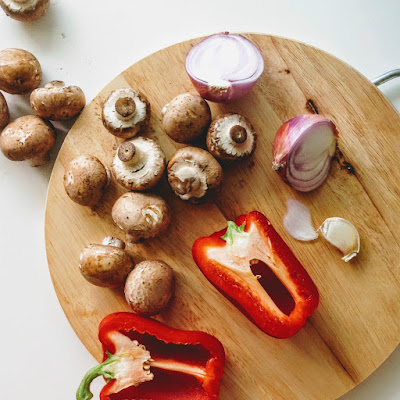 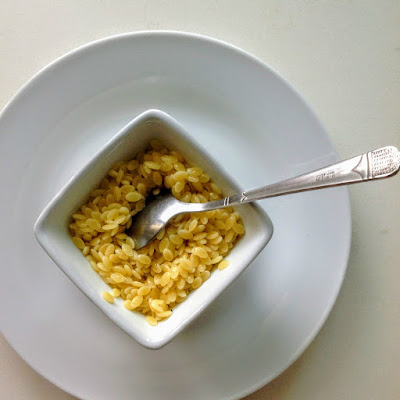 1. 2 bell peppers/capsicums, cut into half, length way. I discard the seeds but keep the stems as they make it look prettier.

4. 5-6 button mushrooms (depending on the size of the capsicums), finely chopped.

5. Some dried oregano, salt and pepper, and ground paprika.

I would've used risotto but unfortunately I can't find them. As a substitute I found this rice-like pasta (a type of pastina) called semi di cicoria and I thought I'd give it a go.

Just cook according to instruction, similar to all pasta, for about 5 minutes. Strain, and I've oiled it with a little olive oil from my marinated feta cheese. Set aside. 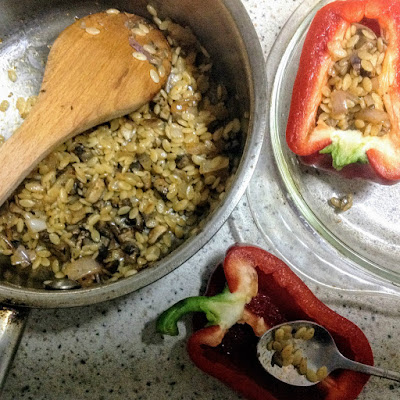 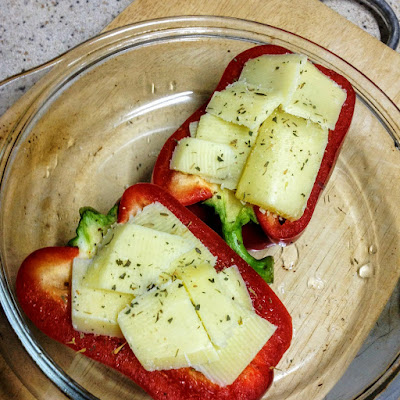 1. Heat a little oil (I've used rice bran oil) in a small pan, then shallow fry in the onion, garlic, and oregano till the onion is soft.

2. In with the mushroom, cook till soft for a few minutes, then add in the cooked pastina.


3. Season with the paprika, salt and pepper, then cook and stir for a few more minutes, remove from heat.

4. Fill the the halved capsicums with the cooked ingredients, and place them in a shallow oven dish.

The amount of cheese used is really depending on one's preference. I like the cheese to be quite neatly staying on the top and not drip all over the oven dish, so i tend to not go crazy with it.

Sometimes, I might have a non-vegetarian version and add in some chopped bacon to the mix. I'm sure it would taste really nice too. 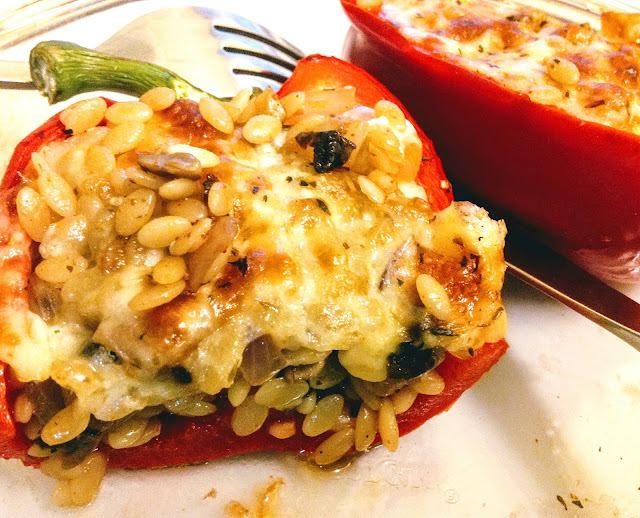