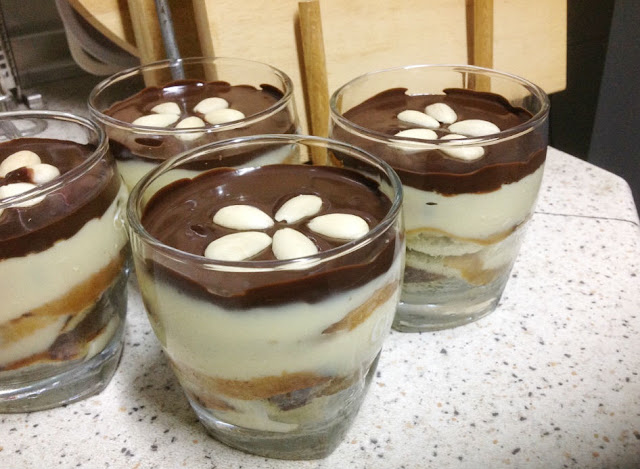 I love the look of a beautifully decorated trifle, but I've never got the idea of eating it. By the time you scoop it into your plate, it's all mashed and crumbled I just lost my appetite. I just like my food tidy and nice 😀

As I've never made a single trifle in my entire life, and I'm not the most hard working or skilled baker in the world, I can't be bothered to go through the hassle of baking the sponge then making the trifle. So I had this idea of making a cheat version of mini trifles which we can have each pudding straight out of the glass, without the mess.

After a little research through several recipes, here's what I used:
What follows next is rather painless:

I believe you can pick your own combination of ingredients and order of layers. After all, it's what you like to eat that matters. And I call mine the cheat mini trifles.